JVM heap is divided into two different Generations. One is called Young and the second one is the Old (sometimes referred to as Tenured). The Young Generation is further separated into two main logical sections: Eden and Survivor spaces. There are also Virtual spaces for both Young and the Old Generations which are used by Garbage Collectors to resize other regions – mainly to meet different GC goals. 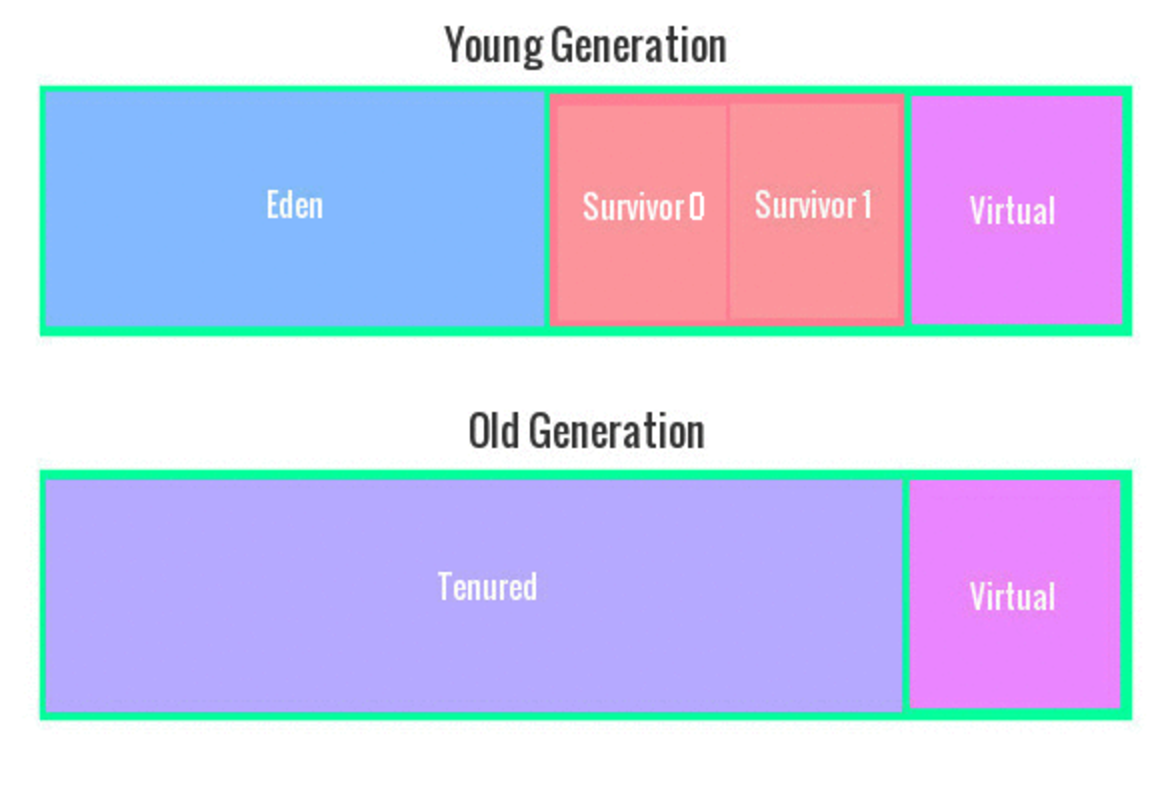 Why is heap divided into the Young and Old Generations? It’s because lots of objects are usually created and used for a relatively short period of time. This observation is called Weak Generational Hypothesis in GC theory. Imagine some objects created and used only inside the loop – assuming that they are not going to be scalarized, every iteration discards previously created objects and creates new ones.

Besides Minor and Major GC, there is also a Full GC which is about cleaning the entire heap – both Young (by Minor GC) and Old (Tenured) (by Major GC) Generations. Because a Full GC includes Minor GC, it also causes stop-the-world pauses.

There are two main advantages of having the heap divided into two regions. Firstly, it’s always faster to process only some portion of the heap (stop-the-world pauses take less). Secondly, during Minor GC, all objects from Eden are either moved or discarded which automatically means that this part of the heap is compacted.